Wherever you live, chances are that you probably deal with traffic congestion on a weekly basis.  I HATE traffic jams!  For me, I’m not sure if there are many other things in life that are much worse.  I’ve been driving for 15 years, and still have to practice my yoga breathing and play relaxation music while sitting in a jam, to prevent my blood pressure from exploding!

When we were in Sri Lanka a couple of months ago, they definitely had their share traffic jams.  Although it was a different kind of congestion, one that I haven’t really experienced before. . . . . . . . ANIMALS on the road!  I was able to snap a few pics of what I call, “The Sri Lankan Traffic Jam!” I would say about 80% of the vehicles in Sri Lanka are Tuk-Tuks.  A majority of the roads around villages are just dirt roads, however they are starting to get some freeways around the country. 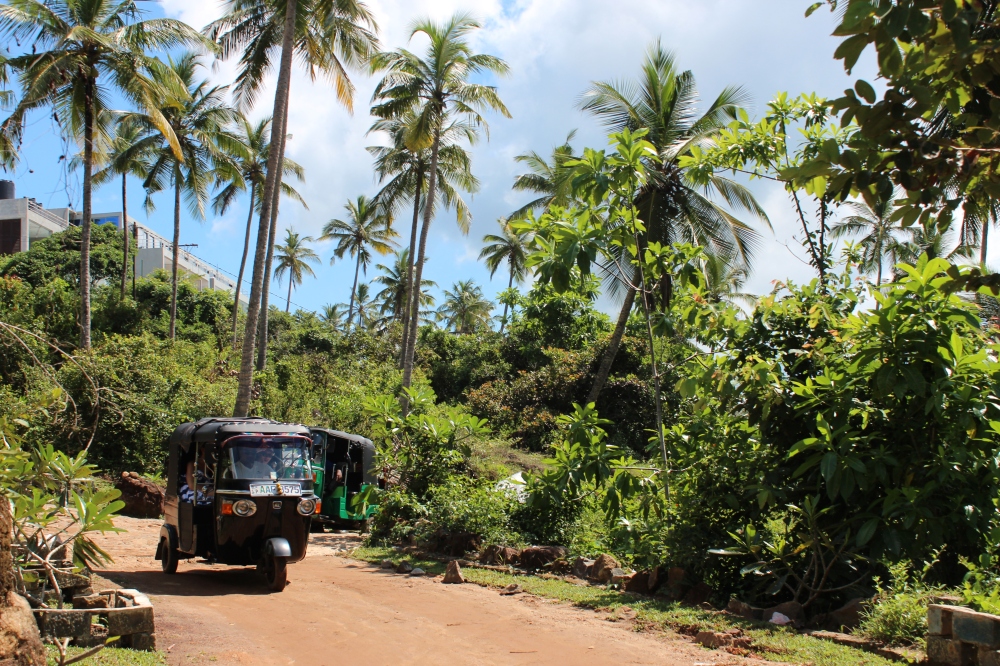 A lot of the traffic jams were caused by little fellas like this guy, a random cow just walking down the highway all by himself.  At least this guy was smart enough to stay on the shoulder! 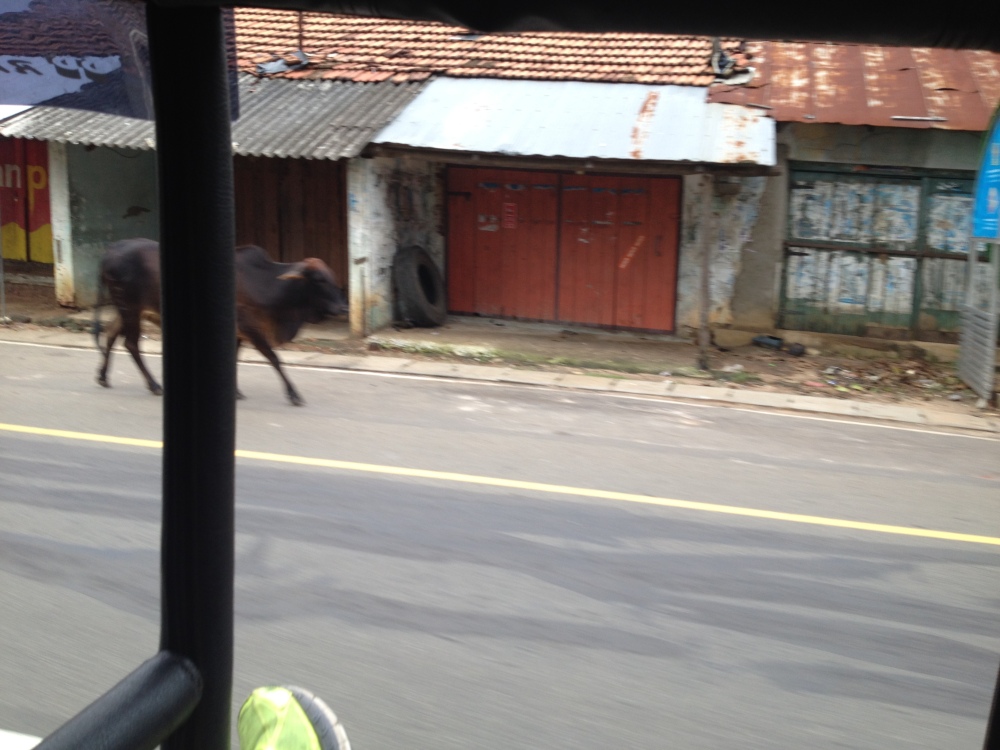 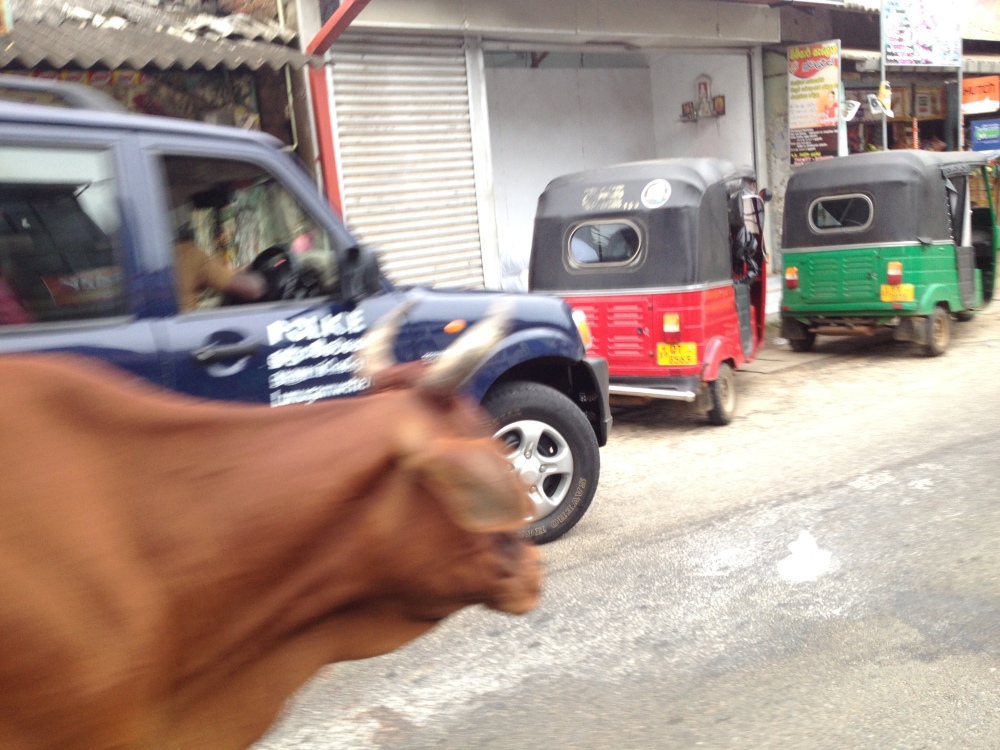 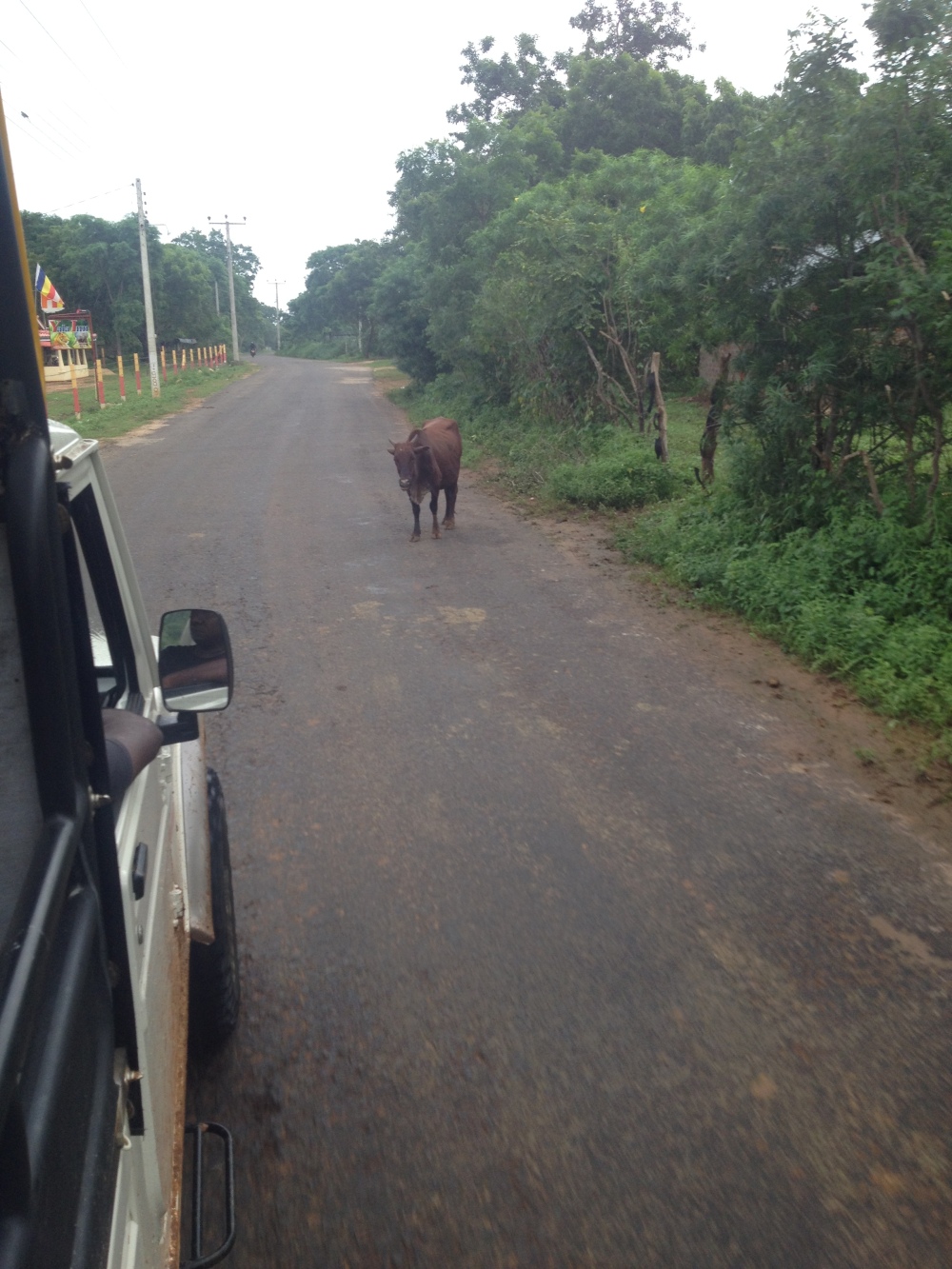 but sometimes there would be a ton of them! 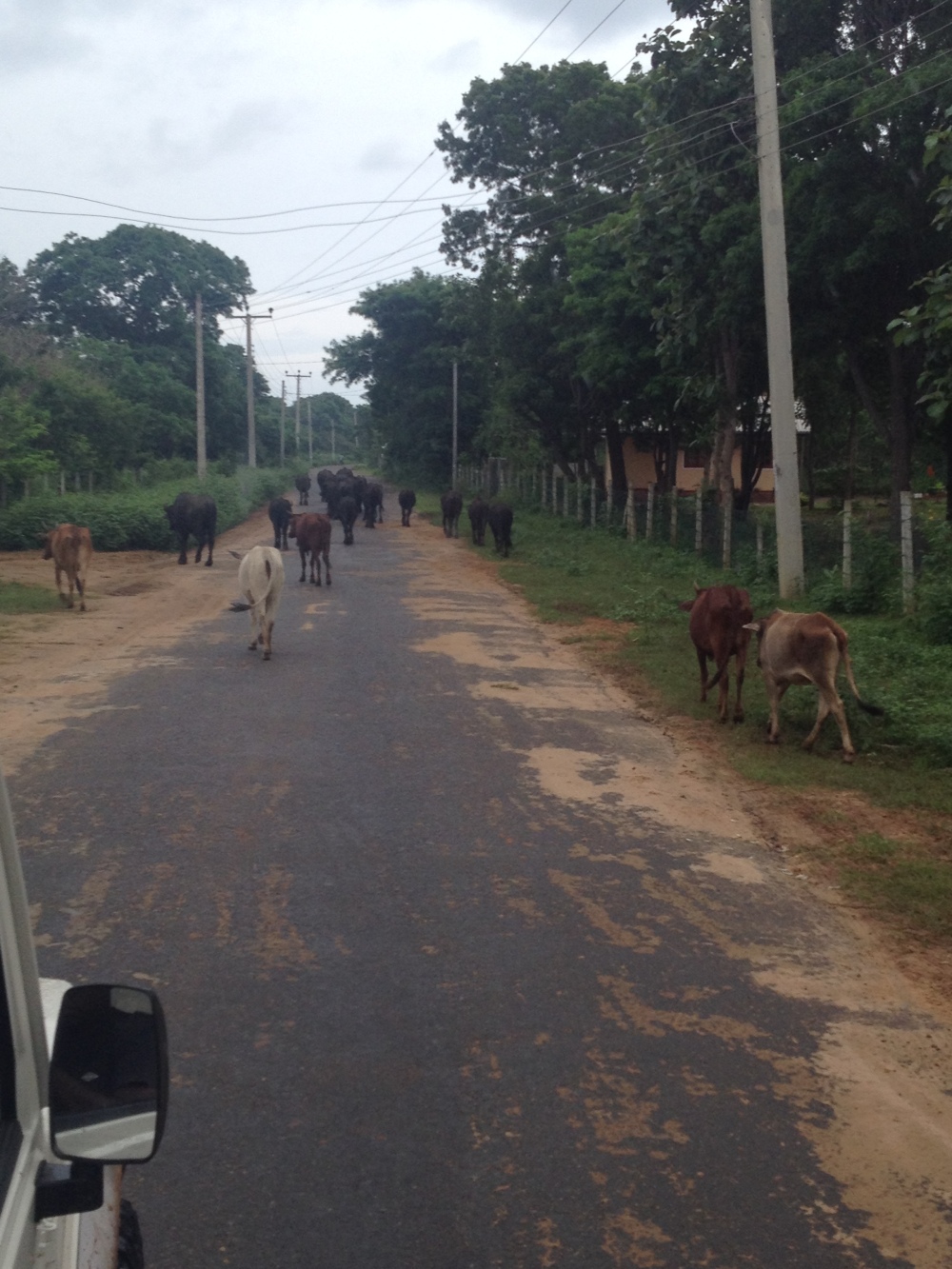 You could honk and honk, but they weren’t going to move!  They got to determine what the speed limit was. 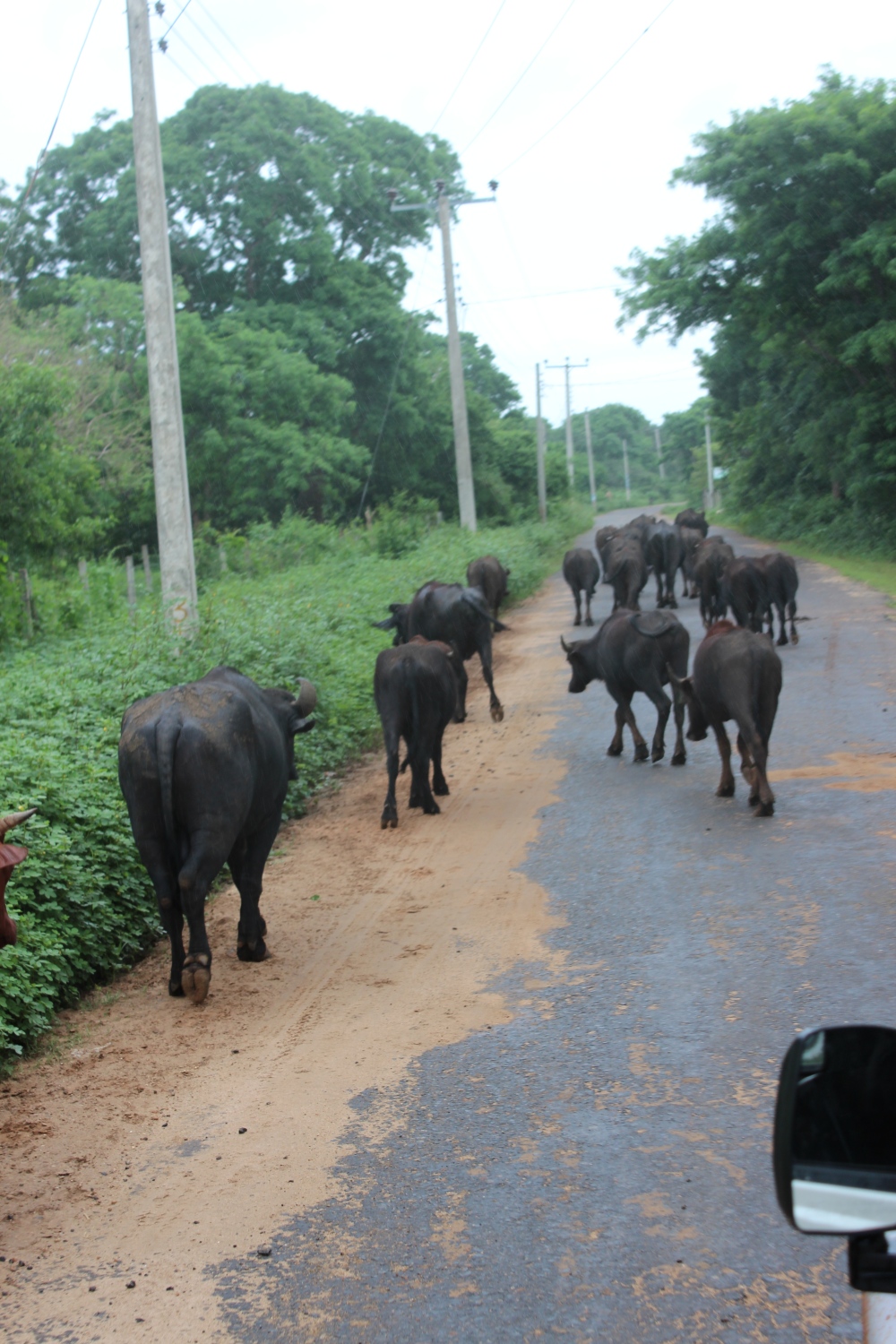 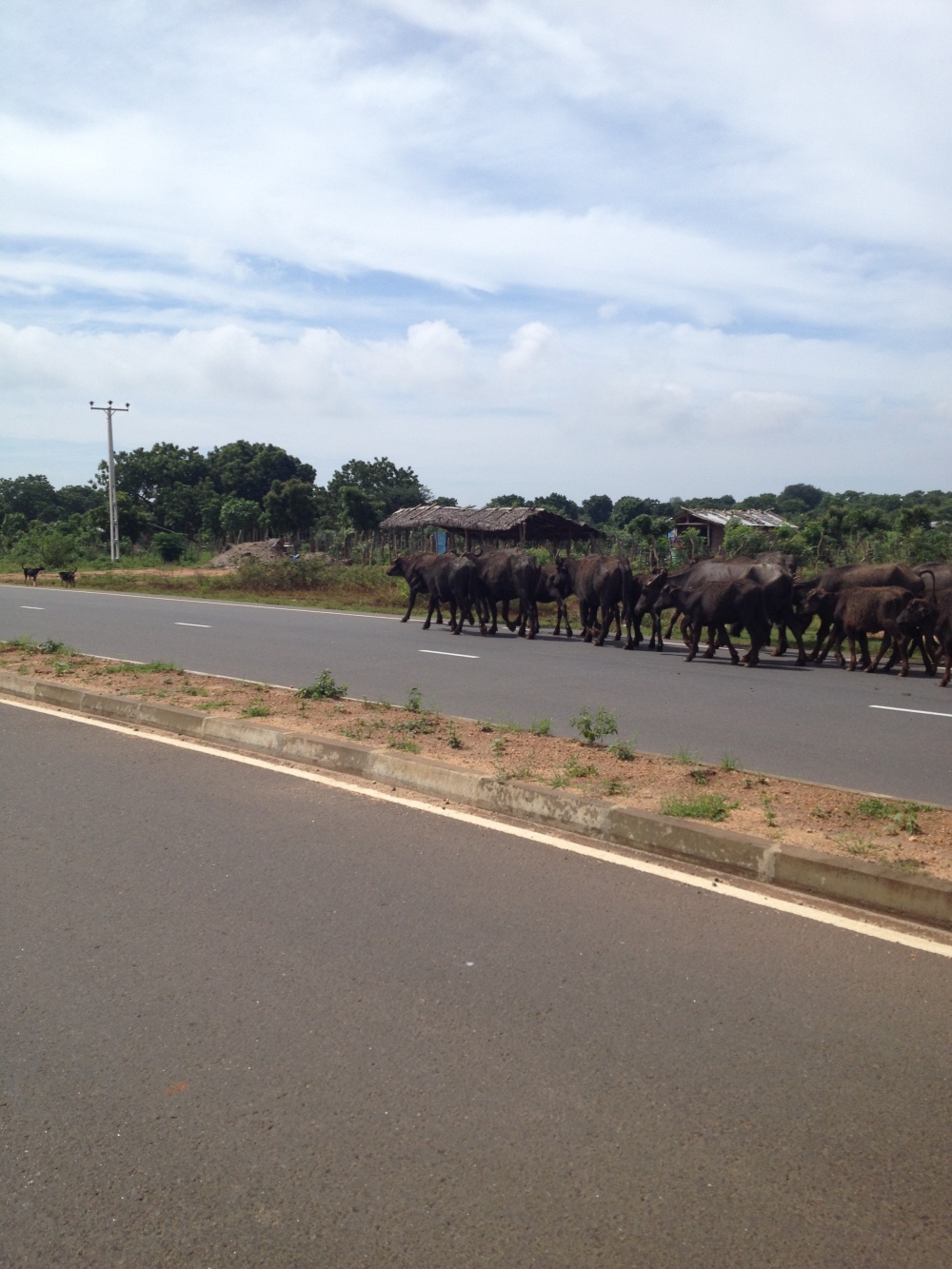 It wasn’t just cows that would create traffic jams in Sri Lanka.  Sometimes it was these big ass lizards!!! Including the tail, this one was like 4-5 feet long. 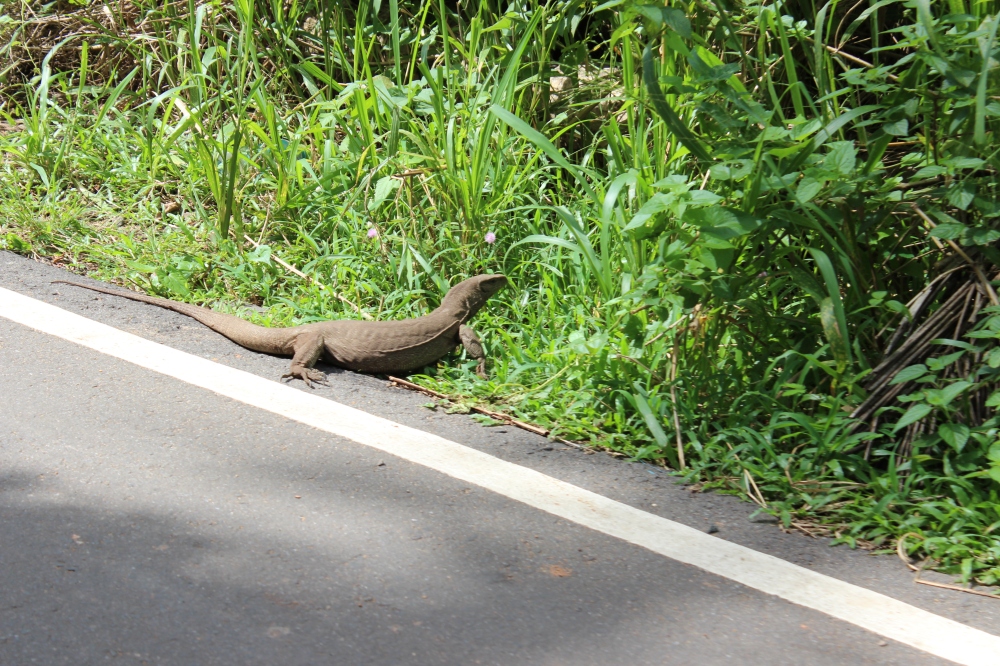 We also ran into some wild boars!  These guys were lucky enough to find some garbage on the side of the road for lunch. 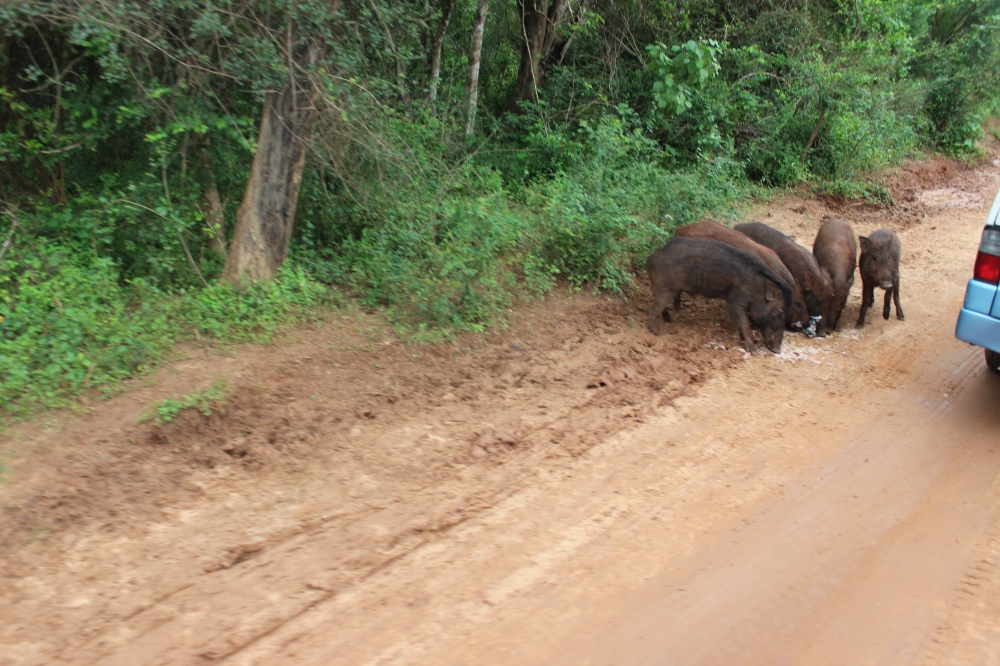 Have I mentioned the MONKEYS yet?!?  This big guy ran across the road right in front of us. 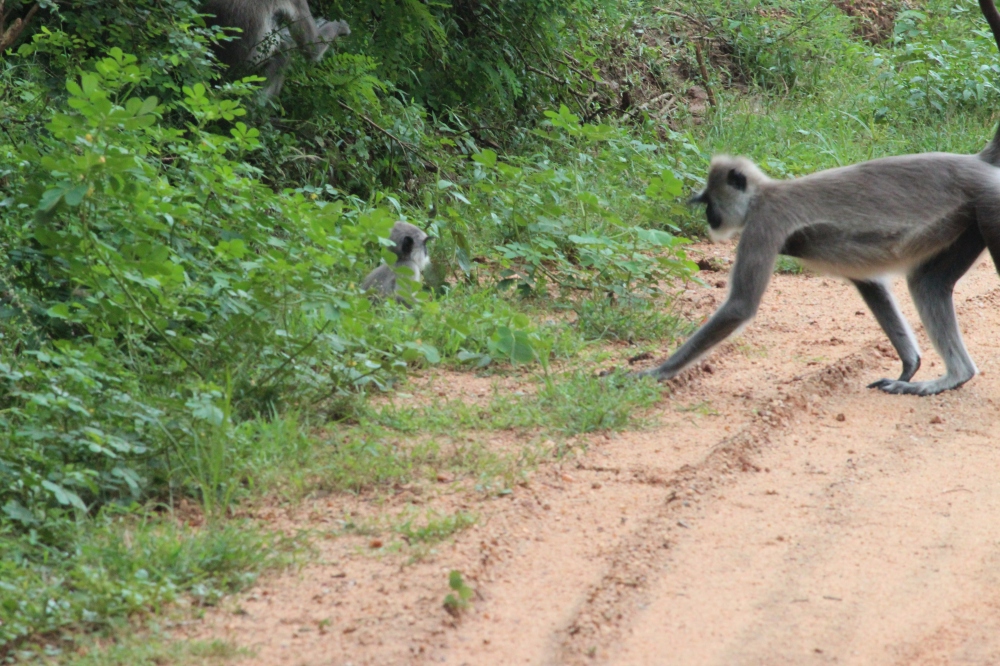 We also ran into a lot of flooded roads, 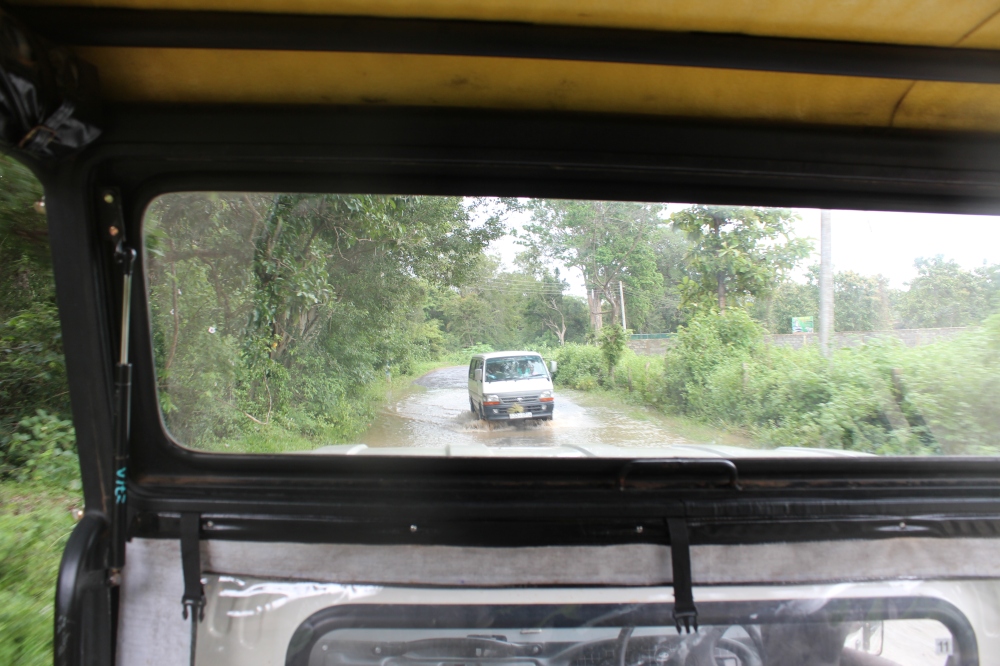 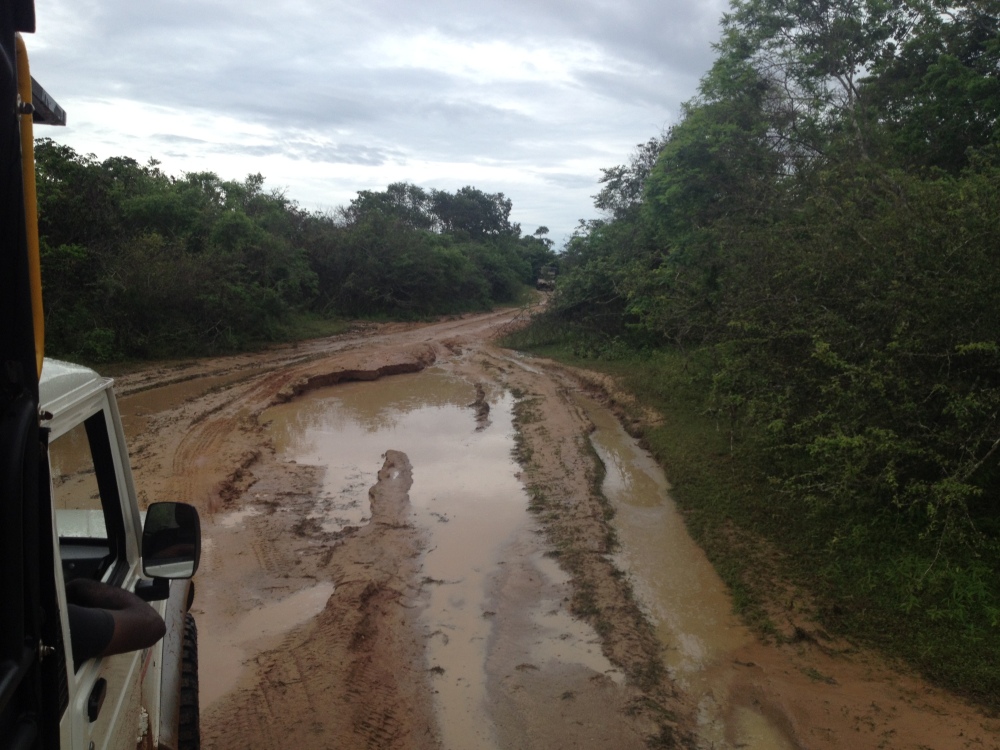 This guy tried going around a huge mud pit, but didn’t fair to well trying to cut through the grass. 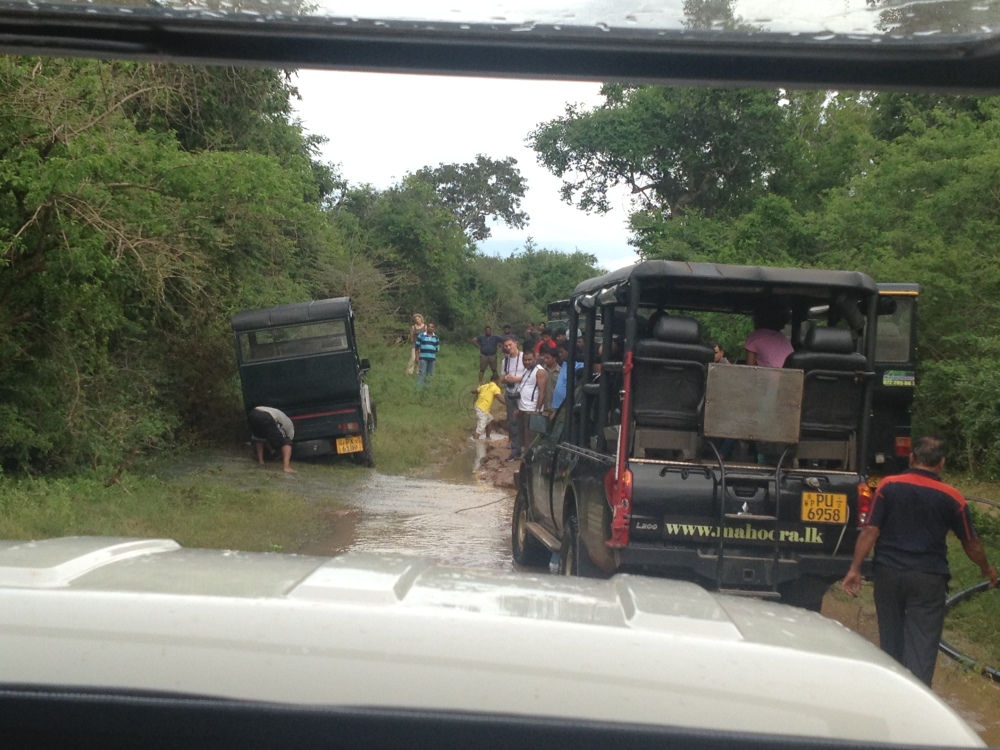 Of course the biggest cause of a Sri Lankan Traffic Jam is when a huge elephant is walking down the middle of the road towards you!!!!!!!!!!!! 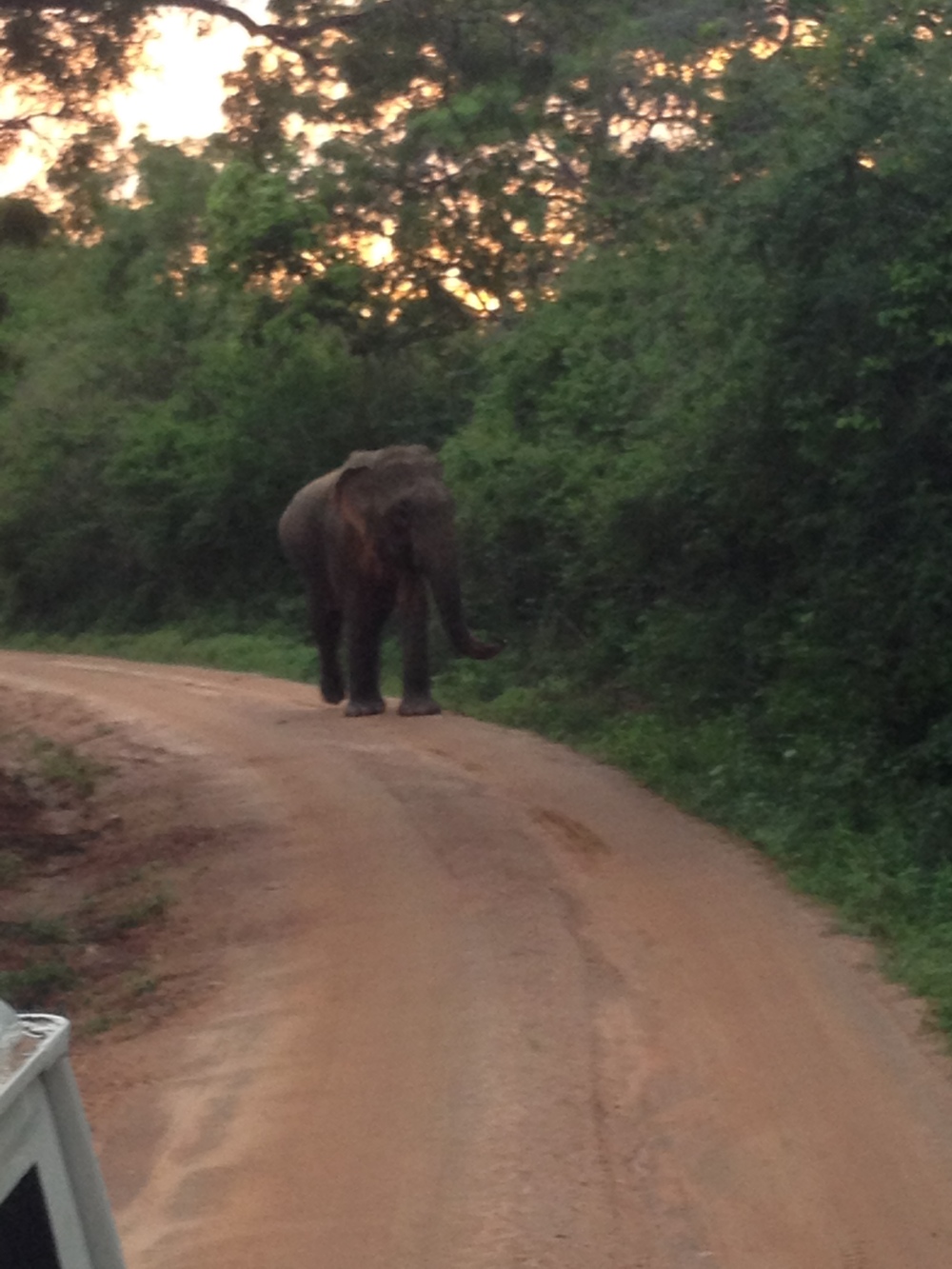