We had given up hope.  As we rode in our open aired jeep out of the national park we were already discussing how we could try and go to a different national park the next day.  We were leaving Yala National Park, the area in Sri Lanka with the most wild elephants without seeing a single elephant.  I was disappointed.  It had been raining for days, the park was flooded and it was just impossible to get further into the park, to find where the giant creatures were roaming.   The sun was setting and as we rounded the last corner to head out of the park gates an elephant was heading straight for us.

He walked straight at us, throwing his trunk around and grabbing a trunkful of whatever was in his path.

I did what anyone with a camera in their hands who was looking at an elephant would do. . . . I started wildly snapping pictures, barely taking the time to focus any of my shots.

I was so excited, I was silent giggling, worried that if I made a noise he would dart off into the jungle.   The only sounds I dared to emit were the clicks of my camera. 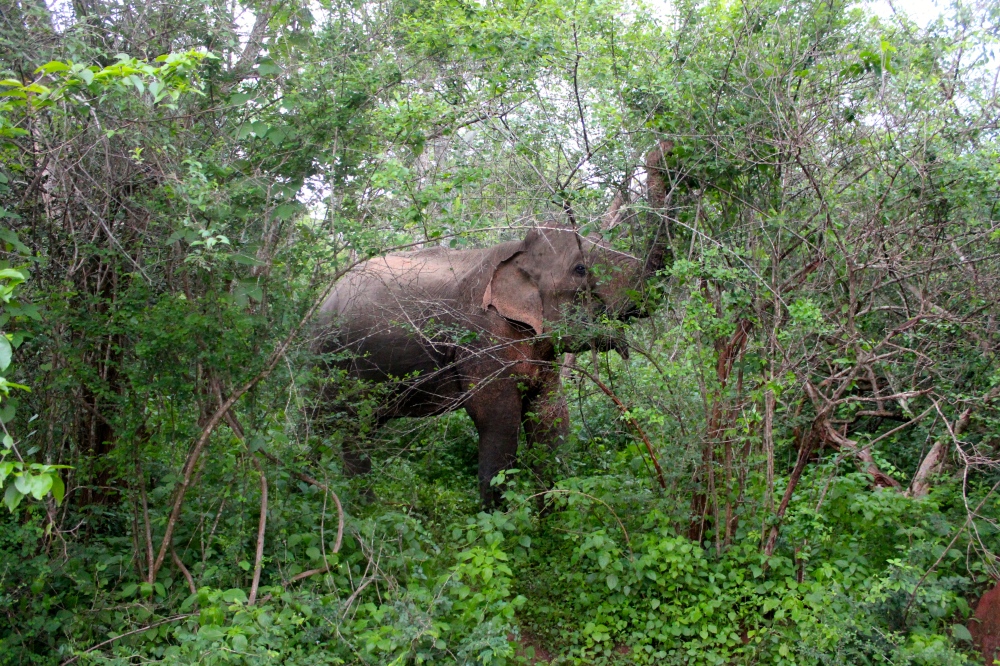 As I continued to snap away Mitch quietly whispered in my ear, “Don’t forget to just look with your eyes.”

He was right, some moments are just better to be lived rather than captured.  So I put down my camera, reached over and grabbed my husband’s hand and looked with my eyes.