We went to Egypt a few weeks with one purpose: see the pyramids.

We went to the pyramids on our first full day in Cairo and my first impression was “whoa, these things are huge!”  I realize that I could have looked up the fact that they are 456 feet tall but honestly I probably still would have been surprised at how big they were. 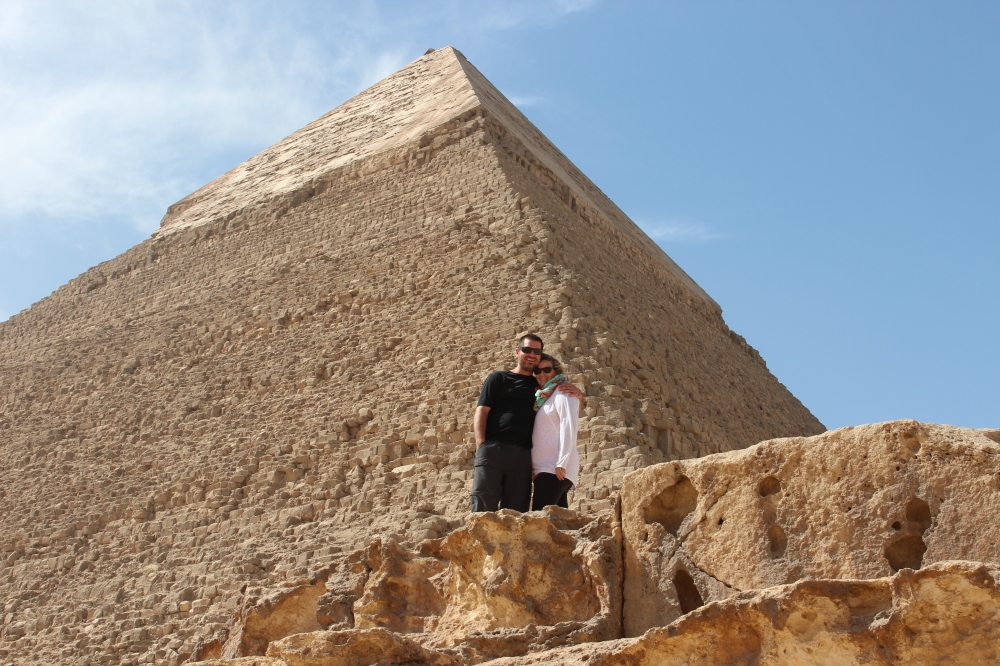 I tend to take pessimists approach when I am traveling to famous destinations, I think things such as “I bet Machu Picchu won’t even be that impressive” (it was) or “the fjords of Norway won’t be as beautiful in person as they are in pictures” (they were) and in this case “I bet the pyramids won’t look that big in real life.” (they did) I have a bit of a fear of giving a destination more credit than it deserves before I get there, and then being disappointed once I arrive. As a way to combat my fear of being let down, I bad talk the travel destination in the months leading up to a trip. Irrational? Probably.  Am I going to stop doing this?  Nope.

We roamed around the pyramids for a bit before we decided we wanted to go inside the first pyramid to visit the tomb of King Khufu.  We weren’t really prepared for what the climb inside the pyramid would entail.  We started walking through a small tunnel on the path up into the pyramid.

As the tunnel ascended it also narrowed, till it was just wider than our shoulders.  The narrower the tunnel became the more the roof dropped in on us.  Before we knew it we were hunched over, essentially climbing through the pyramid on our hands and knees.  It was hot inside the pyramid, it was dark, and you were surrounded by stone just above your head, and to your left and right.  As the tunnel hit its smallest point we came face to face with a group of people on their way down, trying to exit the pyramid.  We would press our bodies against one side of the stone tunnel as the people on their way down would press against the other side and carefully slide past one another, becoming awfully familiar with each person as they passed our way.  All of a sudden our progress stopped. 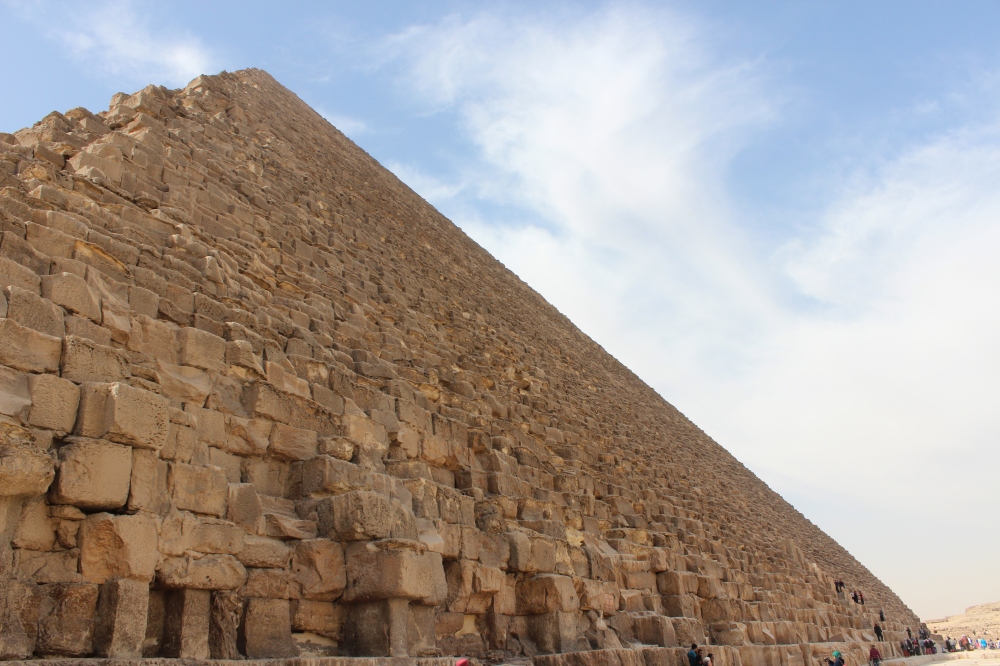 Lauren had been our fearless leader the entire trek up into the pyramid and she had stopped in her tracks.  All I was able to see from my crouched position was Adam’s tushy.  Lauren was unable to continue on her path as a gentleman coming down through the tunnel began to feel the anxiety that comes along with being in a hot and very small space.  Unfortunately, the only path up was through this man.  We all held our squatted positions waiting for him to gain enough composure to continue on his way.  The longer we held our position waiting for him the louder the voices in my head were telling me to turn around and run for the fresh air.  After what seemed like an eternity, but in reality was probably less than a minute, the man slowly continued on his trek down and out of the pyramid.  We quickly snuck past him, and scurried as fast as we could the remaining climb into the tomb, and thankful for the tall ceilings and the wide open spaces that met us once we arrived.

Of course, any day where you can spend a ridiculous amount of time taking jumping photos is a success.