We’ve played this game once before on the blog, and today we are going to play it again . . . our very own Might as Wellers’ version of Where in the World is Carmen San Diego!  In our version though, we are going to find out where in the world are Mitch and Rachel moving to next.  As we have mentioned here earlier this week, we are moving to Jeju Island, South Korea this fall, so I thought this would be a good time to take you on a little tour of Jeju compliments of Google Maps.

Let’s star with a wide angle shot of the world prior to zooming in to see where exactly Jeju is located. 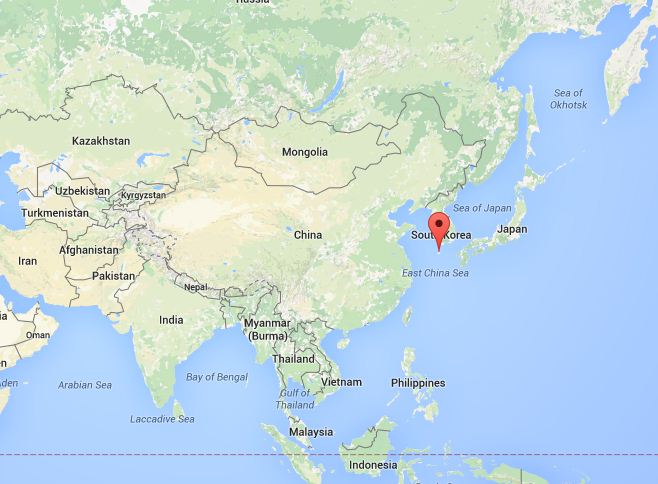 Narrowed down to Korea, Japan, and just a sliver of China . . .

Jeju Island is only about 100 km (60 miles) south of the mainland of South Korea.

Starting to get a decent view of Jeju, Korea’s largest island at 45 miles east to west and 25 miles north to south. 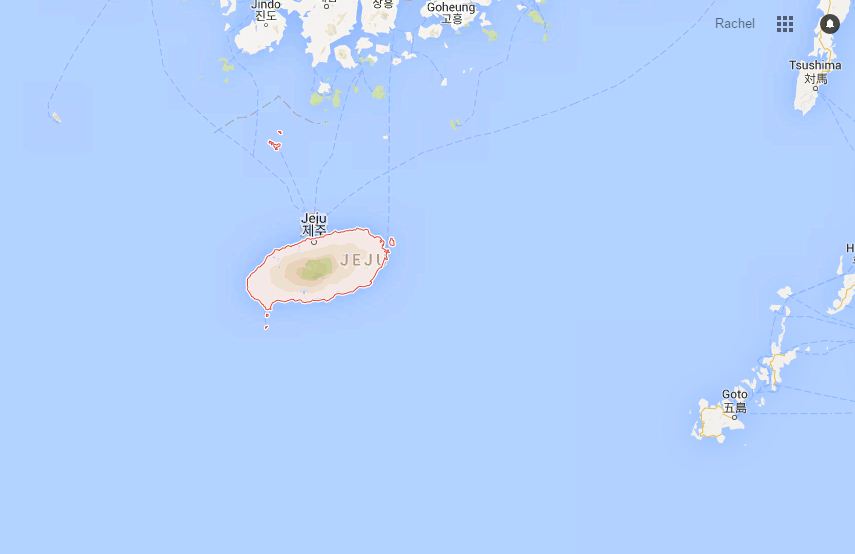 The entire island of Jeju was created by volcanic eruptions about 2 million years ago, and currently has a population of over 600,000 people.

We are pretty excited to “zoom in” closer and explore all that our little island home has to offer!

Now back to exploring our current Middle Eastern life for the next 4 months . . . .