Disclaimer:  This post contains inappropriate words like penis, vagina, sex, crotch, and genitalia.  It also has a few funny pictures that some people might think are offensive!  If you are my grandma, someone who is easily offended, or someone who doesn’t enjoy humor, please don’t read this post.  You will hate it and it will probably ruin your day!

As soon as we found out that Rachel was pregnant, and that we were having a baby, we knew that we wanted to find out the sex.  Neither of us are big fans of surprises, and we are both planful people.  We anxiously waited for the baby to develop it’s genitalia so we could find out!

At our doctor’s appointment last weekend, we knew we had a good chance to see if there was anything growing between the legs, depending if the baby would cooperate.  About a minute into the ultrasound the doctor said, “whoop, there it is!”  We were so excited that the wait was over!

We decided to have a little Gender Reveal Party to find out the sex.  We invited a few friends over to share the excitement with us and to have some ice cream sundaes.  To reveal the gender, we ordered this huge balloon and had it stuffed with the appropriate colored confetti (blue for boy or pink for girl).

Before we popped the balloon though, we decided to have a vote to see what our friends thought it was going to be.  Rather than doing something lame like writing it on a piece of paper, we decided to have some fun with it.  We decided that in order to cast your vote you had to make a headband, and draw the genitalia of the sex that you thought it was going to be.  It was a ton of fun (even though it was a bit inappropriate) to see what people came up with.  Here are a couple of pics of some of the artwork that people were proudly displaying: 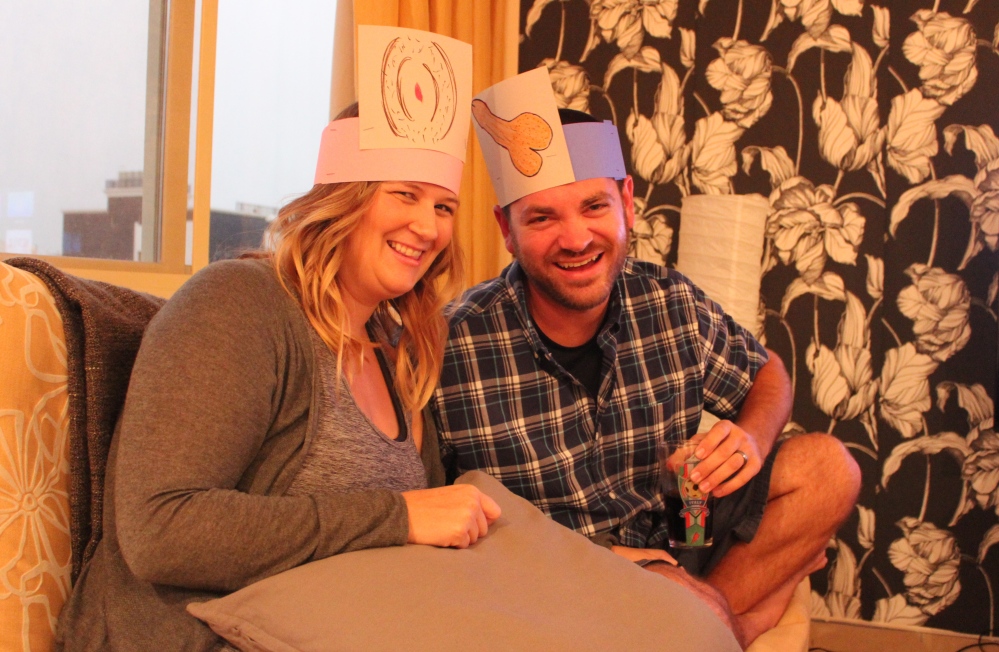 Allison wanted to draw a vagina but got scared, so she drew a penis because it was a lot simpler to do.  Jooles also voted for a girl, but opted against the crotch region and went top shelf.

Our buddy Ethan went all out on his drawings. A for effort bud!

Adam should win an award for his artwork, and perhaps another award for the amount of confidence he is displaying while wearing a penis on his forehead! 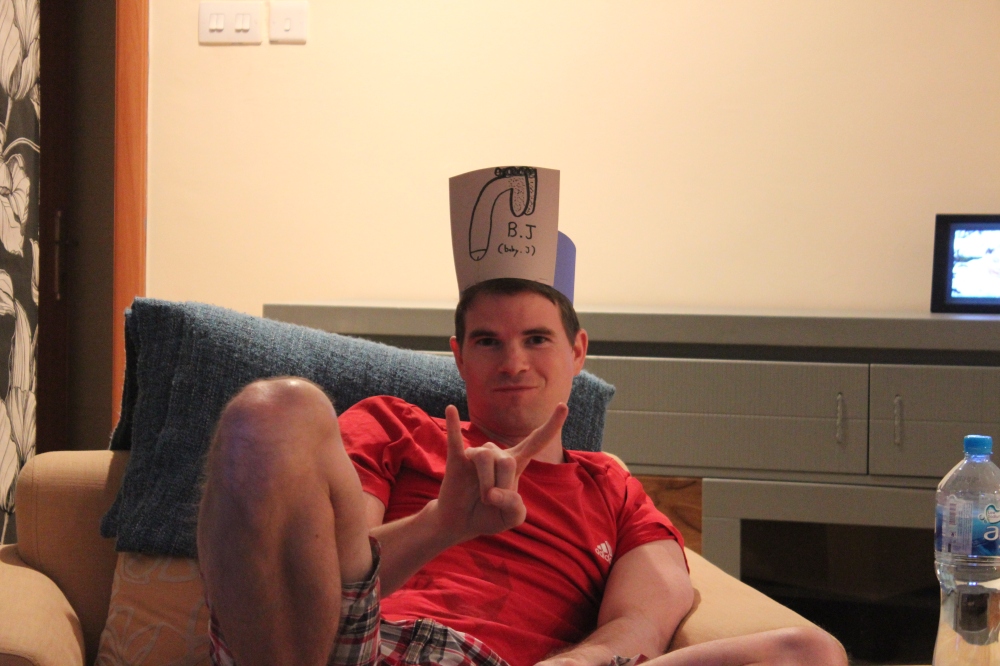 Once the votes were cast and the ice cream was gone, it was time for the big reveal!  We each grabbed a steak knife from the kitchen and began the countdown: 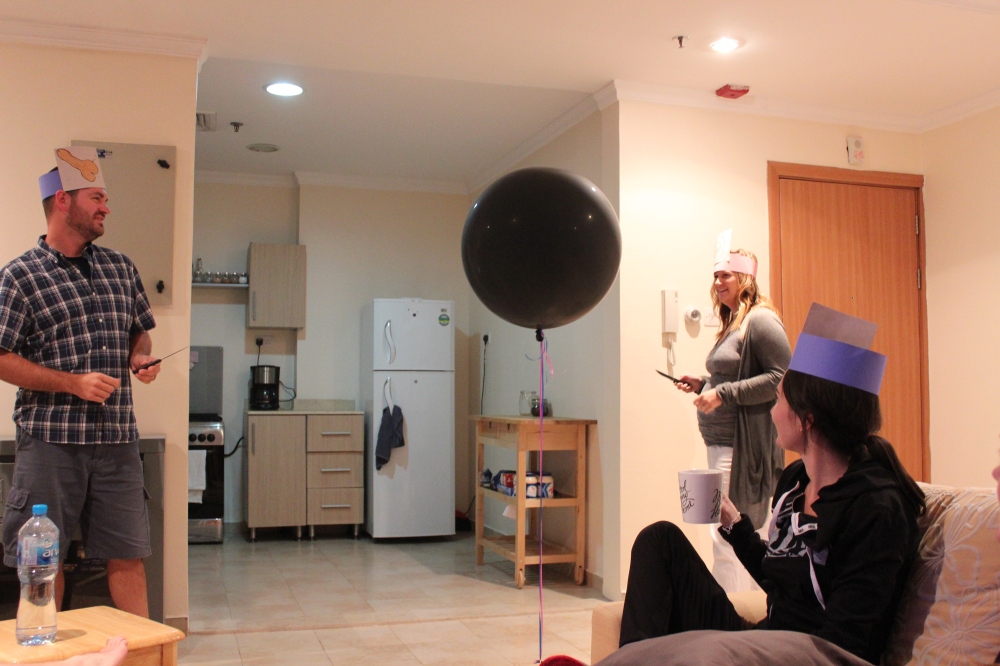 Now we can comfortably refer to our child with the proper pronouns like: him, his, he, and himself.  It really didn’t matter to us if we were having a boy or girl, as long as they are healthy.  We feel a sense of relief since finding out the sex, because now we can eliminate half of the names in the world, as we begin to narrow our search for the ‘perfect’ name.

Now we are just continuing to keep our fingers crossed for a healthy baby and a smooth pregnancy for Rachel!