When we moved into our apartment here in Kuwait last August, we were excited that there was a bowling alley just down the street.  However we’ve been here for 6 months now, and still haven’t been there!  So the other night, when a few of us were just lounging around and looking for something to do, I announced, “let’s go bowling!”  There was 8 of us, who made the stroll down the street, for a fun night out.

It was all smiles, until the game started.

We decided to split the group into two teams: The Oldies vs. The Youngsters.  I was on the “old” (I prefer more mature and wiser) team and Rachel was on The Youngsters.  We decided that the losing team had to buy the winning team a schwarma from our favorite food stand.  The match was on! 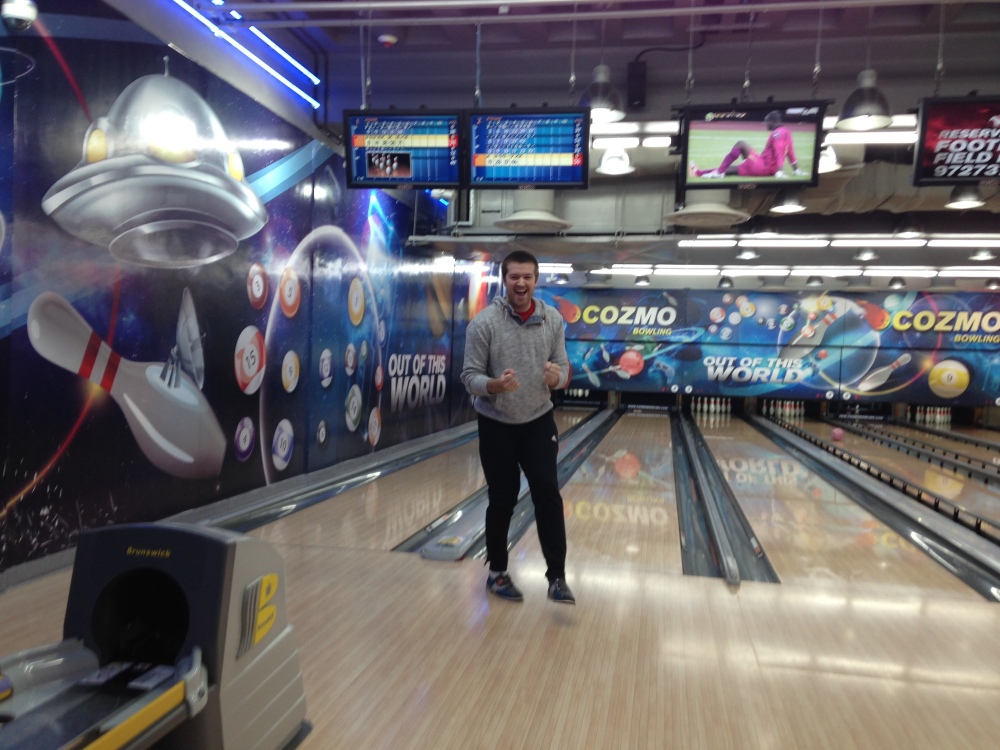 Ethan with his famous “double fist pump” after a STRIKE!

The competition was fierce!  All friendships and relationships were tossed out the window.  After all, a free schwarma was on the line!

Adam was super focused, and led the Oldies to 2 victories!

I’m proud to announce that The Oldies won!  We decided to play a second game, and this time a cheese fatayer was on the line. 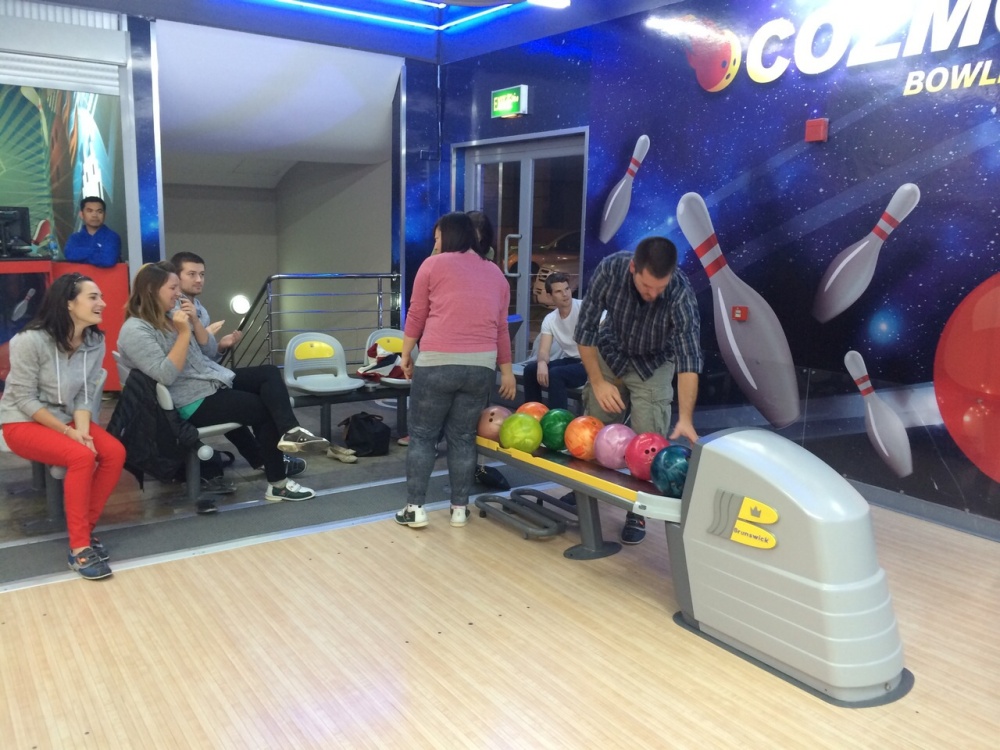 And . . . .  The Oldies won that game too!  We haven’t cashed in our winnings yet, but we will soon.  It is kind of a bummer that Rachel and I were on separate teams though, because basically I’m buying my own schwarma and cheese fatayer.  I guess I get bragging rights though!

Of course the best part about bowling is the awesome shoes!

It was a spontaneous night out, and we had a ton of fun.  We shared a bunch of laughs and enjoyed some friendly competition.  Sometimes it seems like the best nights out, are the ones that are unplanned.  We love nights like these!