I have always been a klutz.  I am clumsy and don’t pay near enough attention to what I am doing.  I once stabbed myself with my own ice skate and ended up in the emergency room with stitches.  In college I broken my foot while ….WALKING.  Mitch and I once got into an argument because he believed I was being too “Rachel” while standing near the edge of the Grand Canyon.  Yesterday, I continued the streak . . . I ended up at the first aid station at a water park!

While here in Dubai, we decided to spend a day at one of the coolest water parks in the world: Aquaventure at the Atlantis Resort. We smartly arrived 10 minutes before it opened, so that we could strategize what would be our first ride of the day.  We quickly came to the decision that we had to go big right away.  Our first slide of the day would be the Leap of Faith.  The Leap of Faith is a 60 foot near vertical drop followed by speeding through a clear acrylic tube that goes through a shark tank.  Yes, our first water slide of the day would be the “shark slide!” 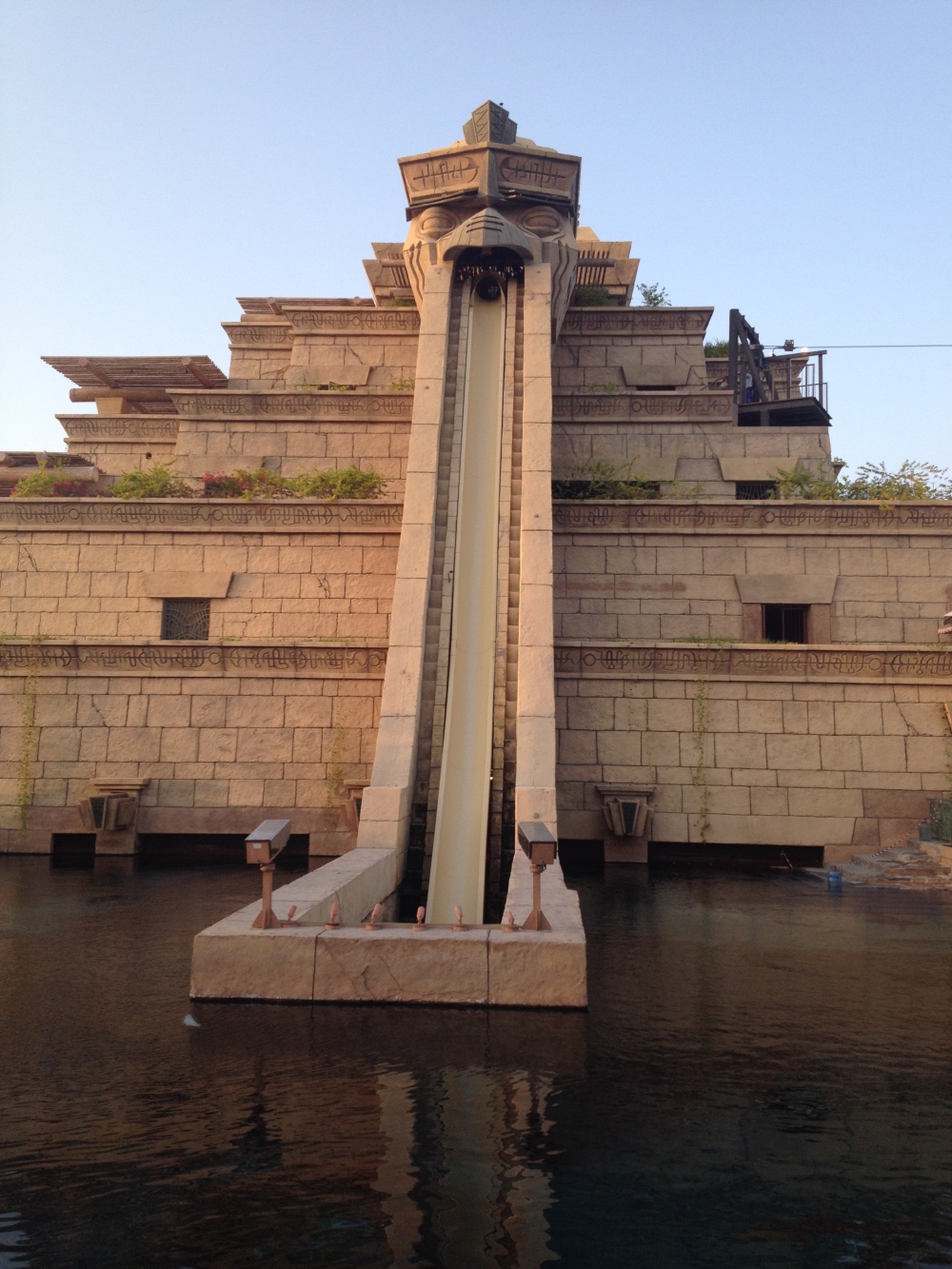 We excitedly power walked (we couldn’t be part of the crazies who ran through the park) across the park to the tower that housed the Leap of Faith.  We climbed the bazillion stairs to get to the top, and realized that we were the first customers of the day.  With no time to think or get nervous, our friend Jooles quickly jumped in the tube and off she went, with only her screams to fill us in on what we were in store for.

I decided to go next.  I stepped into the water slide, SLIPPED, and immediately fell.  I barely caught myself on the handle bar saving myself from a trip over the edge, before my arms and legs were crossed, and inevitably the world’s worst wedgie ever.  A sigh of relief came out of Mitch, myself, and the water slide attendant, who humorously reminded me “be careful, it’s wet.”

As I giggled about my clumsiness, I pushed myself over the slides edge and screamed the whole way to the bottom.  (PS…apparently if you are screaming and have your eyes squeezed shut it, it’s really hard to see the sharks on the shark slide) As I splashed into the pool at the bottom of the slide I realized I didn’t possess the same gracefulness that my fellow sliders were apparently born with.  Every other person came off of the water slide by gently lifting their legs, and splashed bum first into the pool.  I however decided to go about it a different way.  I kept my feet crossed, locked my knees, and lifted my shoulders and head up off the waterside, which created a dismount that was more of a tumble rather than a plop.  The result: bleeding from 6 different locations!

To the First Aid station we went, where the kind medics informed me I was lucky customer number 1 for the day.  They were also pretty impressed, because they had never heard of anyone hurting themselves while sliding into a pool of water before.  In fact the medic asked me on numerous occasions if I was sure I hadn’t been running on the wet pool deck. 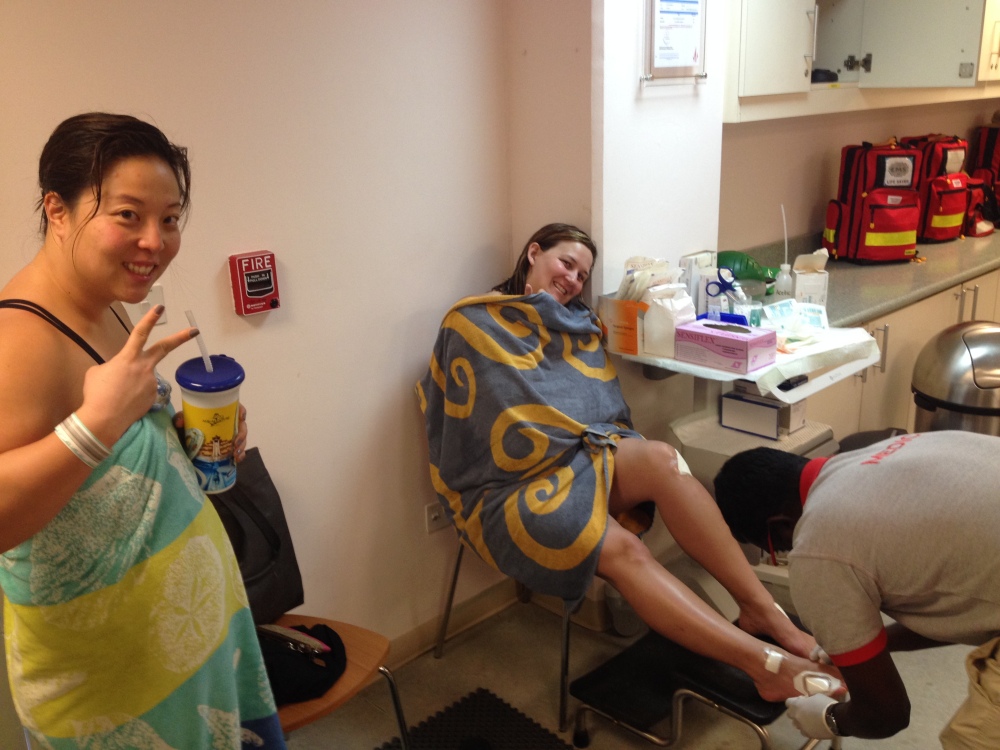 Once I was all bandaged up, I thanked the medics and began walking out of the first aid station.  As I was getting up from my chair, I stepped in a bit of water, SLIPPED, and barely caught my fall on the door handle.  One of the medics looked at his other medic buddy, and just said “Oh, she’ll be back.”